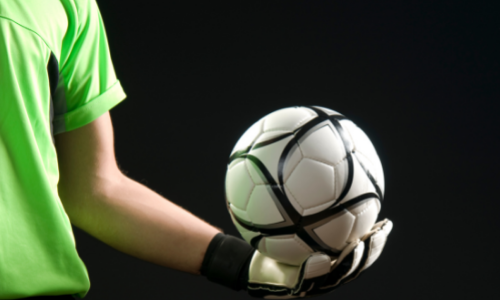 Eldin Jakupovic, a goalkeeper for Leicester City in the Premier League and the Swiss national team, was born on October 2, 1984, in Bosnia. Despite the fact that he was born in Bosnia, he chose to represent Switzerland at national level.

Jakupovic was born in Kozarac, SFR Yugoslavia, which is now known as Bosnia and Herzegovina. Due to the Bosnian War, he emigrated to Switzerland at a young age and began his career at Grasshopper Club Zurich in 2004. In 2005, he transferred to FC Thun. Jakupovic joined FC Lokomotiv Moscow in 2006 after a successful period at FC Thun.

On August 30, 2007, Jakupovic returned to his old club, Grasshopper Club Zurich, on a one-year loan. In his third appearance for the club, he scored an injury time equalizer against fierce rival Young Boys. Due to excellent performance loan to Grasshoppers was extended for another year.

Jakupovic was confirmed as a member of the Lokomotiv Moscow squad on August 31, 2009, with Ivan Pelizzoli departing on loan to AlbinoLeffe. Jakupovic was asked to move out on loan once more because of the large number of foreign players in the squad. Jakupovic enjoyed a great week on trial with Tottenham Hotspur in December. However, for a variety of reasons he never signed for Tottenham.

With Olympiakos Volou, Jakupovic enjoyed a fantastic season. He quitted the team when they were relegated to Delta Ethniki.

Jakupovic joined Aris on September 30, 2011, along with three other ex-teammates. He made his debut against Olympiakos SFP on November 5, 2011, in a game that ended 2–3.

Jakupovic joined English second division club Hull City on trial on March 20, 2012, and was signed permanently after impressing in training and a friendly match. Jakupovic earned a clean sheet against Liverpool in his maiden Premier League match.

Jakupovic signed a three-year deal with Premier League side Leicester City after Hull City was relegated to the second division of English football. He made his FA Cup debut against Fleetwood Town in the third round.

Jakupovic was called up to the Bosnia and Herzegovina national team but he declined the chance to join and decide that his international career would be with the Swiss national team. He was named in the Swiss squad for the UEFA Euro 2008 competition and made his debut in a friendly match against Cyprus. He was called up for the first two games of the 2010 FIFA World Cup qualifying campaign.