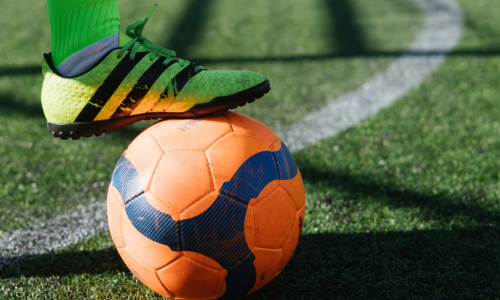 Patson Daka is a Zambian professional born on the 9th of October 1998.

Daka played for Kafue Celtic, a local club, who transferred him on loan to Nchanga Rangers & Power Dynamos at a very young age. Daka joined RB Salzburg’s in 2017, where he was part of their reserve team, and in the summer of 2017, he was called up to the first team.

At RB Salzburg, he helped win three Austrian domestic cups and four Austrian Bundesliga league titles. He currently plays as a forward for Premier League side Leicester City and the Zambian international team, where he made his first senior debut at the age of 16.

Patson Daka was conceived in Kafue, a village in Lusaka, Zambia, and his parents were Nathtali Daka (Father) and Josephine Daka (Mother). As a child, Daka was a football lover who was also influenced by his father’s love for football, and he was a big fan of the Liverpool football club. Back then, the Barclays Premier leagues had big stars of African origin, and they included the likes of El Hadji Diouf, Djibril Cisse, and Rigobert Song.

Daka’s father was an ex-footballer who always supported his family with the income he generated from the game, but unfortunately, he died when his children were young.

Daka was transferred on a year loan to Nchanga Rangers in 2014 summer. In the summer of 2015, he was loaned out to Power Dynamos, where he ended the season with 12 goals, emerging as the club’s highest goal scorer. Daka signed with Liefering, a club in Austria, on a half-season loan from his domestic club Kafue Celtic.

In 2017, he signed with RB Salzburg, winning the UEFA Youth League, scoring two goals in two appearances. On the 27th of November 2019, Daka scored against Belgian side Genk in the UEFA Champions League, and he became the first-ever Zambian professional to score in the tournament’s group stage.

On the 21st of May 2021, Daka was announced as Austrian Bundesliga player of the season after scoring 27 goals in 28 appearances, helping his club win their fourth consecutive league title.

On the 30th of June 2021, Leicester City signed Patson Daka on a 5-year contract deal.